I’m going to take a short break from the regular play-by-play update of the Lausanne Younger Leaders gathering in this post to do something a little unordinary. I’d like to use this opportunity to briefly reflect on my interaction with some incredible people that I’ve been meeting and to honour the work of women who are involved in Christian ministry across the world.

If you followed my social media activity, you might be aware that Dr David Platt of the International Mission Board preached at one of the evening sessions from Romans 15:20-21. As he always does, Platt gave a powerful, biblical, and moving case for bringing the Gospel to unreached people groups. Based on Paul’s ‘aim’, he emphasized that the need for the Gospel is great, the Gospel itself is good, the command for evangelism to unreached peoples is clear, the world is waiting to hear the Good News, and our God is worthy of our service. I haven’t heard a sermon like this from Platt since he finished off as Senior Pastor at the Church at Brook Hills, so it was so refreshing to hear one of the topics that he is most passionate about again. Different people responded differently to Platt’s sermon; some suggested that his emphasis on hell was a bad motivation for evangelism while others felt like this was a necessary wake up call because it is so easy to become indifferent about evangelism when the reality is that groups of peoples are on a ‘highway to hell’ without the Gospel.

Regardless of one’s position (I for one think Platt wasn’t driving the hell thing too hard. I’ve always known him based on his writing and teaching over the past 6 years as balanced, biblical, and theologically sound. Further, even if it came across as a little too heavy, I believe it is a helpful corrective to a general theological atmosphere that tends towards downplaying the reality of hell), I couldn’t help but think about all the people that I’ve spoken to over the past 4 days who really believe in the Bible’s call to reach out to those who would be otherwise unreached, and it’s the women that I’m particularly grateful and in awe of. There are 4 women in my Connect Group and all of them are involved in incredible ministry. They are (or have) served in difficult parts of the world. I particularly admire single women who’ve decided to pack their bags and travel to obscure pockets of the world in order to evangelise and make disciples. Further, they literally live in the unknown at times because they’ve made themselves available for whatever God has planned for them. 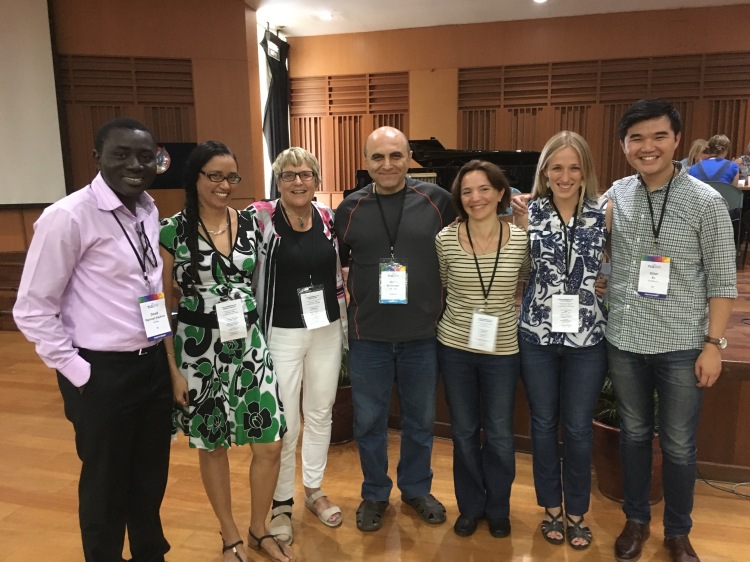 Here are some of them: I’ve met a K[1] who finished a world class Harvard Law education and after practicing for a number of years, decided to pack her bags to go to East Asia to disciple the children of missionaries and to train them for ministry. So she had 2 young girls living with her in her apartment and spends time with them in the Bible and mentors them. There’s also J who is part of my connect group who currently serves in the Middle East to meet the physical and spiritual needs of the people there and has recently become the first women team leader after many years. She’s been through drastic changes in her but has resolved to stay faithful to God’s call in her life. There’s also B who has had decades of ministry experience and literally cries because people don’t know Jesus and don’t even know their need for Jesus. As such, she gives her time, money, and efforts to make sure that the Gospel is heard everywhere she goes. There’s T who’s from the US but speaks fluent Spanish because of her work in South America, and there’s D who goes on multiple short-term trips in a year to places like Haiti to help serve the locals. These are what I’d describe as the lilies of the field. Like lilies, they are beautiful, courageous, and strong women who love the Gospel and who desperately love people in parts of the world. As such, they’ve given up all the comforts and safety of their home country so that Gospel can be made known. I admire their gentleness, obedience, and utter dependence on God throughout their entire experience, and my heart is filled with so much encouragement when I hear their stories.

So thank you for being obedient to God’s call, for being unafraid of the challenges before you, and for being so firm and strong even in the face of difficulty and persecution. Your character and godliness is the definition of beauty, and I hope and pray that you will continue to labor on and change one life at a time. No one who hasn’t been in your position can fully comprehend how challenging your mission is, but you’re constantly in my prayers and I trust are also remembered in the prayers of countless others throughout the world. You’re all so amazing and you’re our heroes. We’re behind you, we love you, and we support all that you do.

[1] For the sake of their safety, I’ve decided to identify these incredible women of faith by the first letter of their names. You know who you are and I honour you for all that you do.

Elliot is a pastor at Gracepoint Presbyterian Church and is responsible for preaching and teaching at the Lidcombe Campus. He is married to Sherilyn and together they love speaking about and showing the joys of following Jesus. View more posts