‘We need to preach the wounded Saviour to a wounded people who live in a wounded world’. These are the closing words of Ravi Zacharias’ address on the first evening plenary session at YLG2016 which left the entire auditorium wanting more. 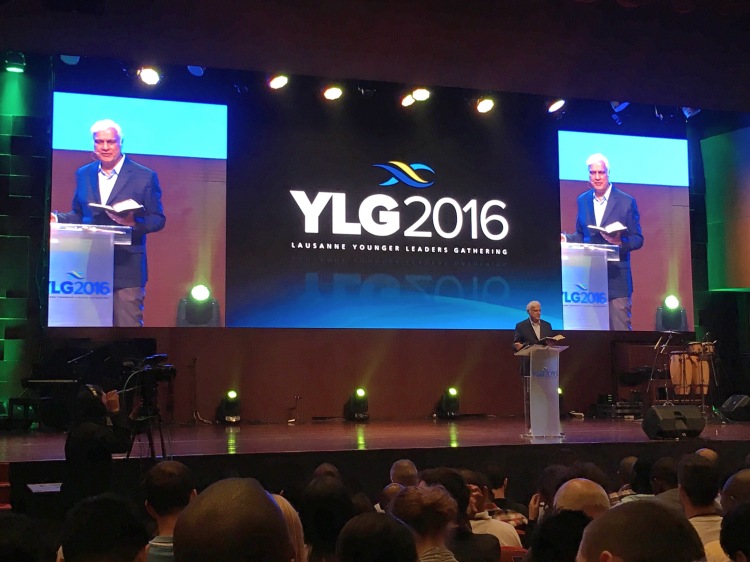 But before we got there, David Benson from Australia opened the day by suggesting that we live in a complex time, thus that necessitates us to think creatively about evangelism. He challenged us to think about who Jesus would want us tinge in this point in history and to consider what part we play in God’s story.

Following that, we broke off into our ‘connect groups’ to share our lives and to hear each others’ stories. My group leader whom we affectionally refer to as Mama Norway (who as you guessed, is from Norway) shared her story, and what was meant to be a 15 minute session went for a whole hour because she has about 4 decades of tent making ministry experience across multiple countries. What struck me about her story was her commitment to seeing her work as an opportunity to serve God, because you see, Mama Norway saw her work both as the field for ministry and a means for ministry. She has opened her ears to God’s direction and has humbly submitted herself to God’s will, and has moved to various parts of the world in order to better serve God and his people. It’s amazing because here stood a women who genuinely believed that her ‘secular’ work could make an impact. That’s also what really stood out for me at YLG too, that many gathered here aren’t all pastors or ministry leaders. Instead, the majority of them are teachers, business people, and the like. People whom we’d consider ‘every Christians’. Yet, they’ve come with the conviction and belief that the gifts they been given can bless their city and God’s kingdom.

I then had an opportunity to catch my dear brother Josh Yeoh who started and currently runs a prayer movement in South East Asia. He loves Jesus and wants to  see prayer and intercession go hand in hand. So his job is to go to different places to plant prayer centres and to train others to do the same. He’s an incredible prayer warrior, worship leader, recording artist, speaker, but what makes him even greater is that he is from Penang Malaysia. Turns out we lived really close to one another and have a number of mutual friends. How we didn’t meet each other earlier is beyond me, but praise God we’ve got eternity to make up for it. He’s about to enter a new season of ministry, so please pray that God will multiply his efforts and cause his work to bear much fruit. 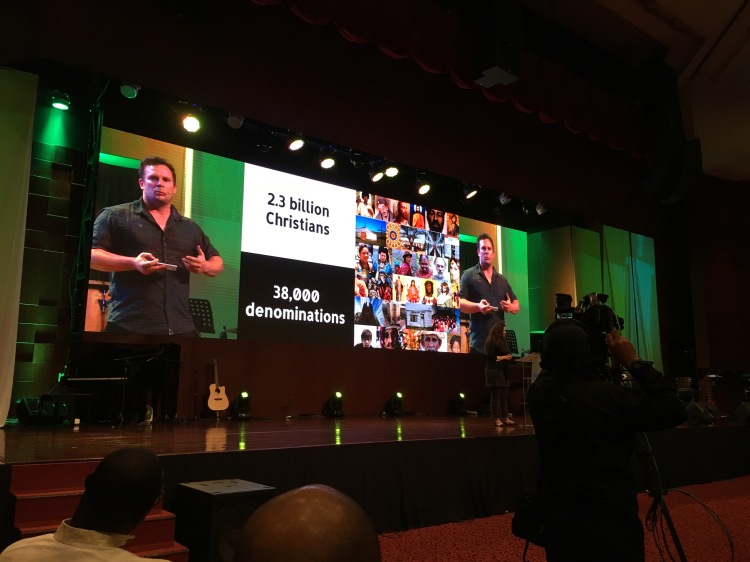 The day followed with a powerful presentation by Operation World about the ‘state of the world’ which was both challenging and encouraging. Please pray that God will raise more people to be sent out to different parts of the world, particularly to the slums of India, where there is a desperate need for the Gospel.

After a great dinner with my friend Elliot Keane from Adelaide (there have been plenty of jokes about our names – we even have the same initials!), we rushed for front row seats to hear Ravi Zacharias preach from Acts 24. In true Ravi-style, the sermon was compelling both to the heart and mind, so I love that his ministry is expanding into the South Pacific through the likes of Dan Patterson and others.

The day hit another high on my bus trip home when I met someone from Africa who works with school students. Him and his team go from school to school and is given 2 hours to preach the Gospel, so he travels all throughout doing that while inviting students along to a 12 day camp that his ministry organizes because as you can imagine, 2 hours is just not enough. What’s also amazing is his faith because him and his team of 3 people rely completely on th generosity of Christian brothers and sisters. He doesn’t receive a regular income and raises support by connecting with people on Facebook and sending emails. He says some months he eats and other months he lives off on very little, but he fully believes that God will provide for all his and his team’s needs. How nuts is that? I’m not saying that we need to replicate that model of ministry but we can certainly replicate his faith and trust in God. Whether it is in ministry or just life, it’s so powerful to remember that the sovereign God who created the universe is actively involved in sustaining it. Secondary to that too is that the Christian community needs to work harder at responding to the needs of Gospel ministries around the world. Churches will undoubtedly be limited to the calling that God has in them but individual Christians are not. Wealthier Christians in particular (and I’m not talking about the 1%) need to remember that our wealth is not our own but God’s, thus we need to be marked by generosity especially for the expansion of God’s kingdom by meeting people’s spiritual and physical needs.

Elliot is a pastor at Gracepoint Presbyterian Church and is responsible for preaching and teaching at the Lidcombe Campus. He is married to Sherilyn and together they love speaking about and showing the joys of following Jesus. View more posts